My last day of work at Indochino was June 1. As of this past weekend, six months have now gone by since I decided to venture on my own career path. While I have been (very affectionately) calling myself an “unemployed bum” during this time, I have made some progress towards my personal and professional goals over the last half year.

– Moved out of my downtown condo back to my parent’s home in Vancouver
– Spent seven wonderful weeks traveling through Europe
– Lead a team through a pivot to finish 2nd in Startup Weekend Vancouver
– Took part in an incredible week-long wedding celebration for a close friend
– Went on a two month health kick featuring daily early-morning tennis and afternoon runs
– Had one of my best speaking gigs to date at an International Baccalaureate program conference
– Cycled through half a dozen iterations of business ideas including Audioguide Marketplace, Restaurant Recommendation Engine, Mobile Last-Minute Tickets, Baked Goods Marketplace (yes, really), and something to do with optimizing Online Education

1.  Talk less and build more to validate your ideas.

There were long periods of time in the last few months where the only outcome over several weeks were conversations – coffees, lunch meetings, entrepreneurship events and emails. While I did get some new ideas and insights from these conversations, none of these conversations helped me validate my assumptions. They also didn’t move me any closer to launching an MVP, or towards finding a customer. The conversations often deceived me into thinking that I was moving the needle, but the truth of the matter is that once I had thought about a problem for long enough, I probably had enough information to start building. That next meeting didn’t change anything.

2.  Writing can be a great source of energy.

At times when I haven’t been feeling productive, writing has really helped me gain energy. It doesn’t matter if I was blogging and sharing my thoughts publically or just writing my own notes for personal benefit, it has been incredibly important for me to get my thoughts out on paper. Writing has helped me focus on core ideas, as well as given me an opportunity to easily revisit previous thoughts or ideas. I have been keeping my scattered thoughts in an Evernote notebook that now includes thousands of words. Blogging has also been a great experience – I wrote a marketing post about Uber Referrals + Adwords that received more than 5,000 pageviews, the most distribution that I have ever gotten for my personal writing. The success of that post gave me a lot of confidence and energy at a time when I didn’t feel I was making much progress on my business ideas.

3.  The right living environment is critical to your progress.

When I was traveling in Europe, I was initially hoping to find inspiration for business ideas, but instead, I was too busy having fun (not necessarily a bad thing). When I returned to Vancouver in August, it was the best month of summer and I wrote-off the month to have fun with friends. September to Mid-October was one of the best falls weather-wise on record, so my routine mostly revolved around tennis and jogging. Throughout this time, I was back at home with my parents, which was also an adjustment. I didn’t have a comfortable place in the house to do productive work, and I spent far too much time sitting on the living room couch with my Macbook on my lap. Four weeks ago, I travelled to Toronto where I am still currently staying. My friend Sachin has provided me with a great living situation and comfortable apartment. I have my own bedroom and bathroom, and he has an impressive dining room table that makes it very easy to be productive. Being in Toronto, a city that has substantially more energy and a faster pace than Vancouver, has enabled me to be more effective in my work. The past six months have shown that it’s very easy for my surroundings to influence my mood, behavior, and productivity.

I’m one week into my seventh idea/project over the last six months, Inbox IQ, an email marketing intelligence tool. I’ve established a very complimentary partnership with two awesome people. I’m excited and optimistic as we have started building. We have set a timeline to launch version one within the next two weeks, at which point I will be heading back home to Vancouver for the holidays. Time flies. 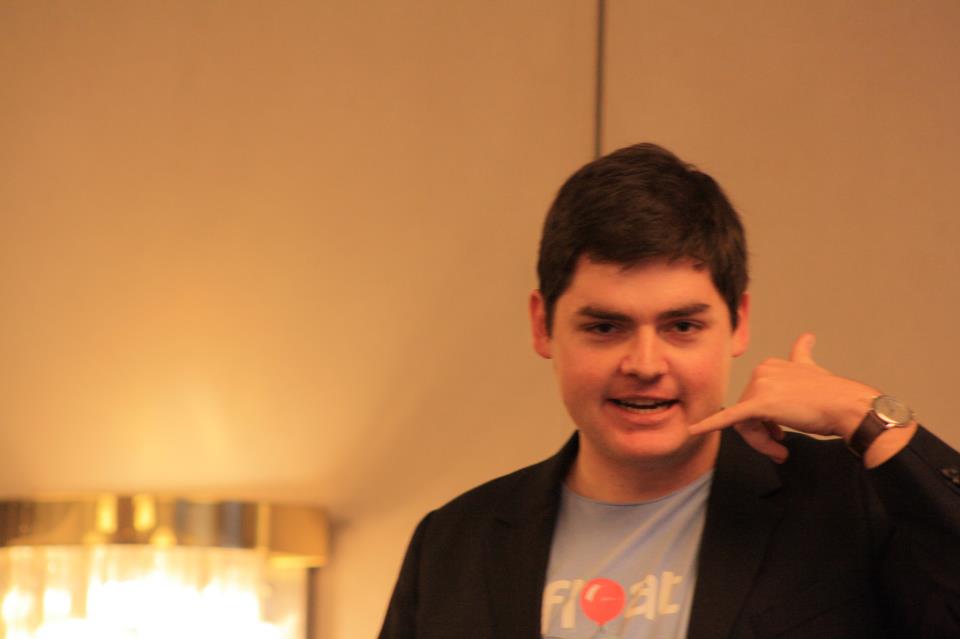 Thanks to Salima Hirji, Joshua Liu and Peter Sum for editing drafts of this post.